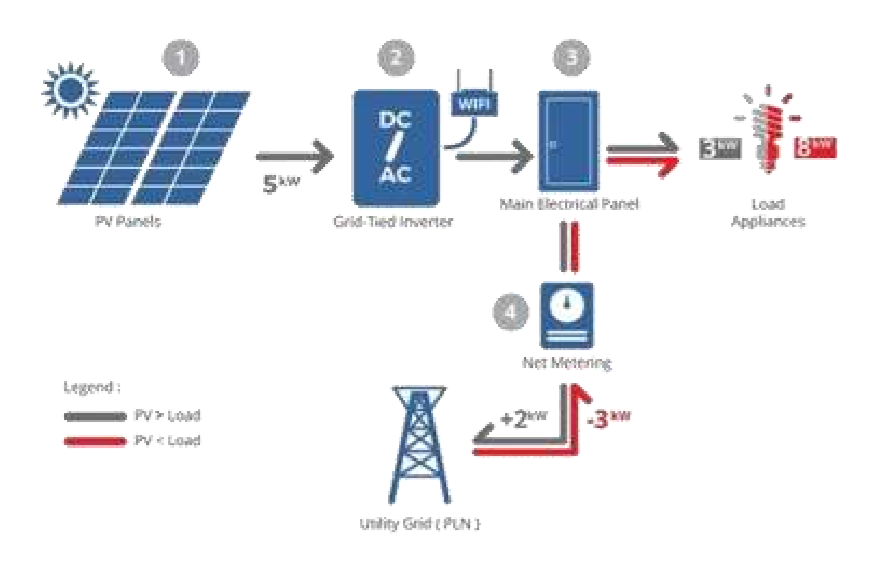 1. Solar panels convert sunlight into DC electricity.
2. Grid tied inverter converts DC electricity into AC which is in accordance with the PLN electricity network.
3. AC power is transferred to the main electrical panel that is connected directly by the gried tied inverter.
4. Net metering will calculate the net consumption of electricity consumption. If there is excess energy generated by the PV system it will be sent back to the PLN network.